Dele Alli and Spurs could be ready to part ways this summer with two clubs interested in his services, according to reports.

There have been reports this week that Alli could be used as part of a deal to bring Gareth Bale back to north London.

However, The Times ruined everyone’s fun by pointing out that while ‘the possibility’ of Alli moving to Spain ‘was raised during discussions,’ Real ‘do not want’ him because of a desire to get a better control over their spiralling wage bill.

The England international has failed to hit the heights of his breakthrough years in the past couple of seasons with eight goals and four assists last term.

And if Jose Mourinho’s comments on their recent Amazon documentary are anything to go by then it could a while until he gets back to his best, with the Portuguese boss calling him a “f***ing lazy guy in training”.

And now the Daily Mail claims that Alli leaving before the transfer deadline at the beginning of October is ‘starting to look a realistic possibility’.

Alli has been left out of their Europa League squad to face Lokomotiv Plovdiv in another potential sign that he could be on his way out.

The 24-year-old is one of eight players who have been left out and the Daily Mail adds that ‘there is a mutual feeling from all parties the midfielder could benefit from a move away to reinvigorate his career – particularly if it becomes clear Alli won’t be playing regularly this season.’

However, Spurs are reluctant ‘to sell Alli on a permanent basis’ with rumours he was worth around £100m not too long ago.

Inter Milan and Paris Saint-Germain are among his potential suitors with Spurs preferring ‘to loan Alli to an overseas club so as not to strengthen a domestic rival’.

Bale has found himself marginalised under Zinedine Zidane and a return to Spurs could be on the cards.

Levy is ‘obsessed’ with bringing Bale back. Spurs want another loan and Arsenal have big plans.

Tottenham are looking for a more natural centre-forward to provide competition for Kane up front.

Jack Grealish signing a five-year contract with the club he joined at six is apparently a lack of ambition.

Chelsea top the list. Obviously. But Aston Villa and Leeds have spent more than PSG, Bayern or Real Madrid. 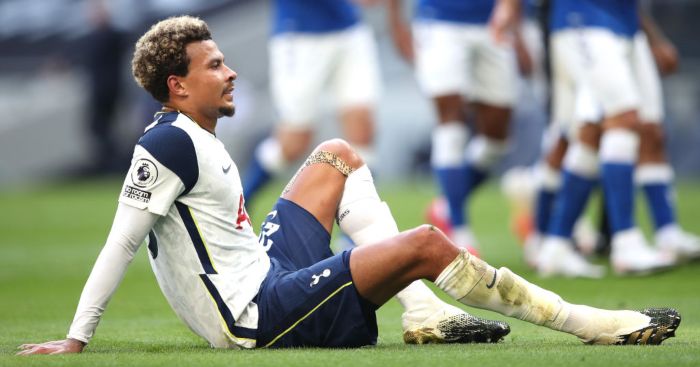