The UK recorded 20 deaths of people with confirmed cases of COVID-19 today, according to government figures.

There were 3,991 new daily confirmed cases of coronavirus, compared with 3,105 yesterday, the figures show.

That is the highest daily figure for new cases since 8 May, when there were 4,649 reported, according to Reuters.

Separate figures published the the UK’s statistics agencies show there have now been 57,500 deaths registered in the UK where COVID-19 was mentioned on the death certificate.

The figures also show that 901 patients are currently in hospital being treated for COVID-19, with 115 in ventilator beds.

Cases on 9 September stood at 2,659 – meaning an extra 1,300 people have tested positive, compared to the same day on the previous week.

Daily cases have been climbing since 6 July, when only 352 cases were recorded – the lowest since 16 March.

The UK’s trajectory of cases appears to be in line with France and Spain, according to Sky’s Ed Conway, which are also seeing a gradual resurgence of the virus.

It comes after Boris Johnson told MPs that groups of pupils should only be sent home from school if there has been a positive test in their bubble.

Speaking at the Liaison Committee, he said: “In schools, it’s very important that parents and teachers should look at the guidance about when you should get a test.”

On Wednesday, local lockdown measures were imposed in the Welsh county of Rhondda Cynon Taf after a spike in the number of cases of the virus.

The new restrictions – which include not allowing people to enter or leave the area “without a reasonable excuse” – will come into effect at 6pm on Thursday, Welsh health minister Vaughan Gething confirmed.

A lire aussi
Heavy turnout, long lines to drop off ballots in Minnesota 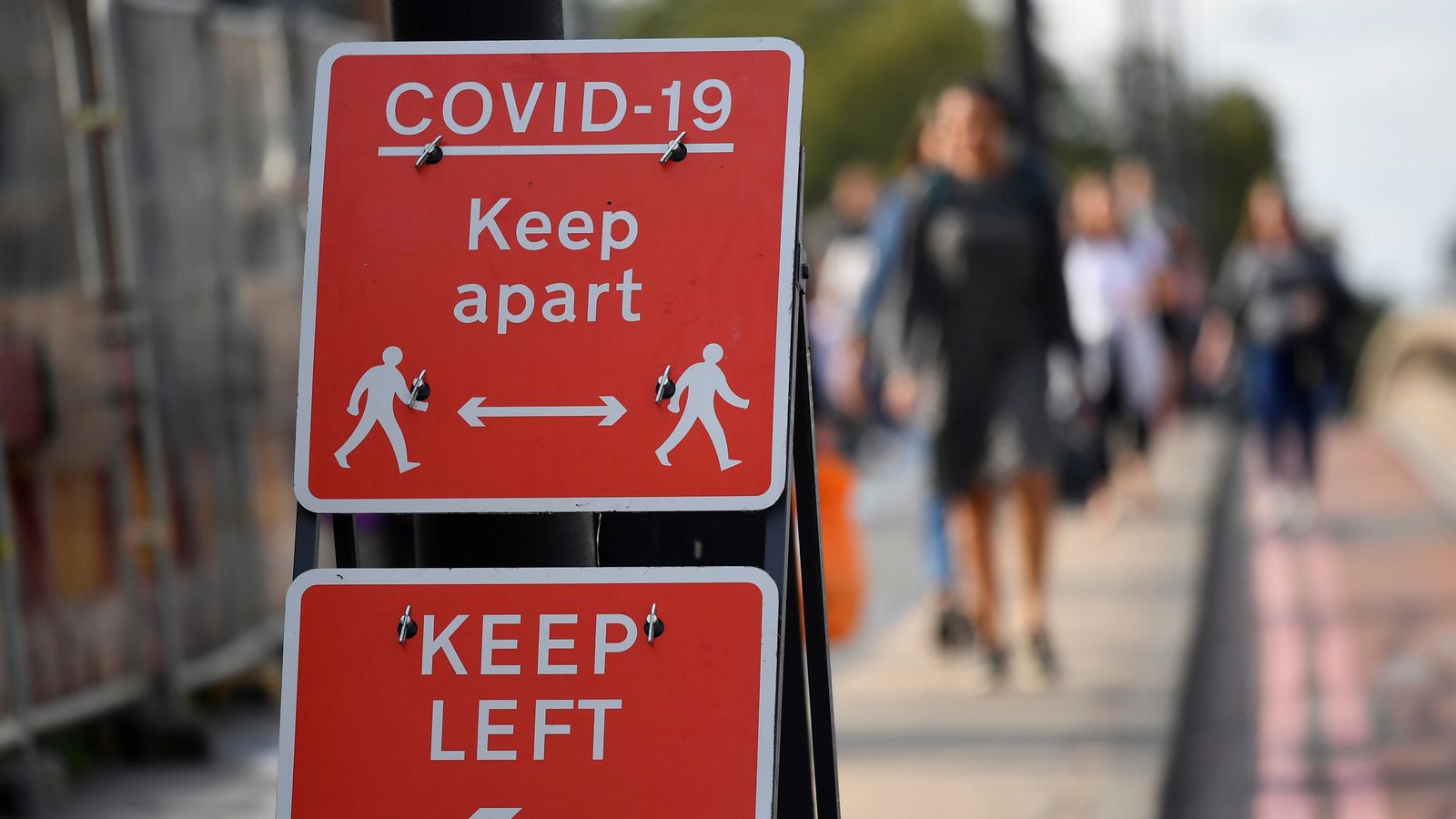